We are aware of the recent press report regarding the change of use planning application for the field and are in communication with the relevant authorities. We’ll post any updates on the website as soon as we have them.

FINAL CHANCE TO HAVE YOUR SAY ON SOUTH DOWNS LOCAL PLAN

If you’re not familiar with planning you may never have heard of local plans, but they have the power to make a big difference to the world around you. Next spring SDNP will submit the first ever South Downs Local Plan to the Government – setting out planning policies across the whole of the National Park, how land is used and what can be built where. But first we need to have one final full public consultation.

Easebourne Parish Council will be holding a planning meeting (in public as usual) to discuss the draft allocations policy for the village and the Cowdray Estate development proposals following its public consultation, details of which are below. We would encourage all residents to attend the consultation as any proposals will have an impact on the whole village.

The Parish Council’s public meeting will be on Monday 10 July at 7.30pm in the Refectory 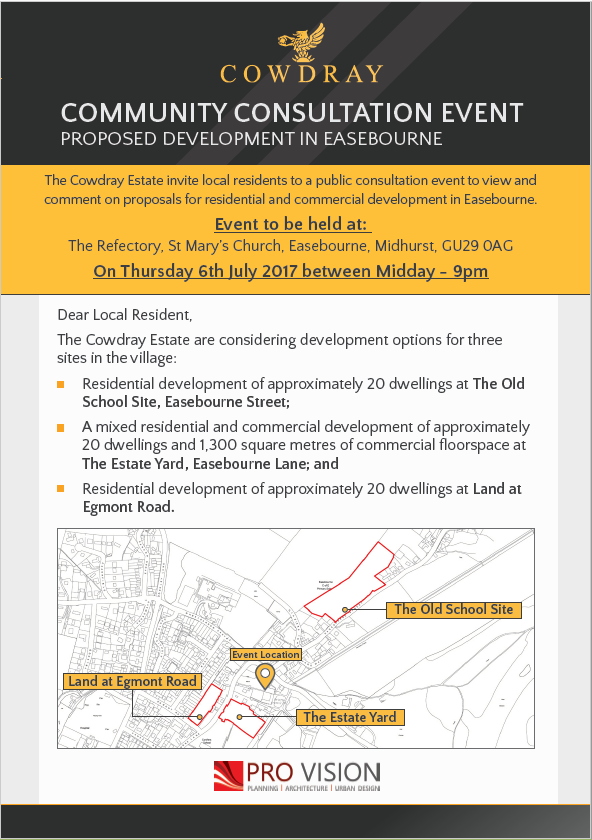 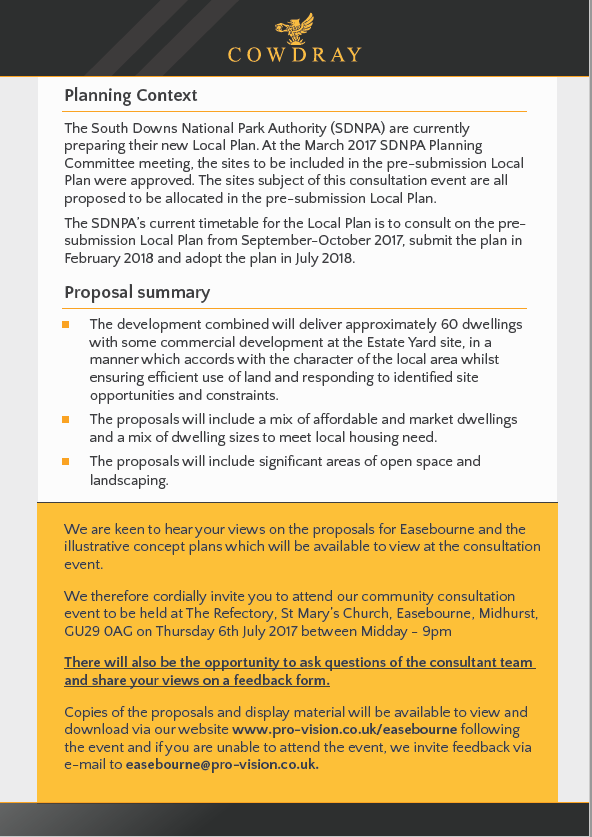